Our apartments lie on the western edge of Covent Garden on St Martin’s Lane, about 300m north of Trafalgar Square. They are a few minutes’ walk from the National Gallery & National Portrait Gallery, London’s Theatreland, Covent Garden, China Town and shopping in the West End.

This luxury one-bed apartment is on the first floor of a small block of three holiday flats. Newly refurbished in modern neutral colours, this apartment has one double bedroom and one bright spacious kitchen/lounge. The lounge area contains a plasma TV and a 2-seater sofa-bed suitable for two adults. There are large folding double glazed doors, the length of the wall, which fully open to reveal a furnished patio area for alfresco dining. 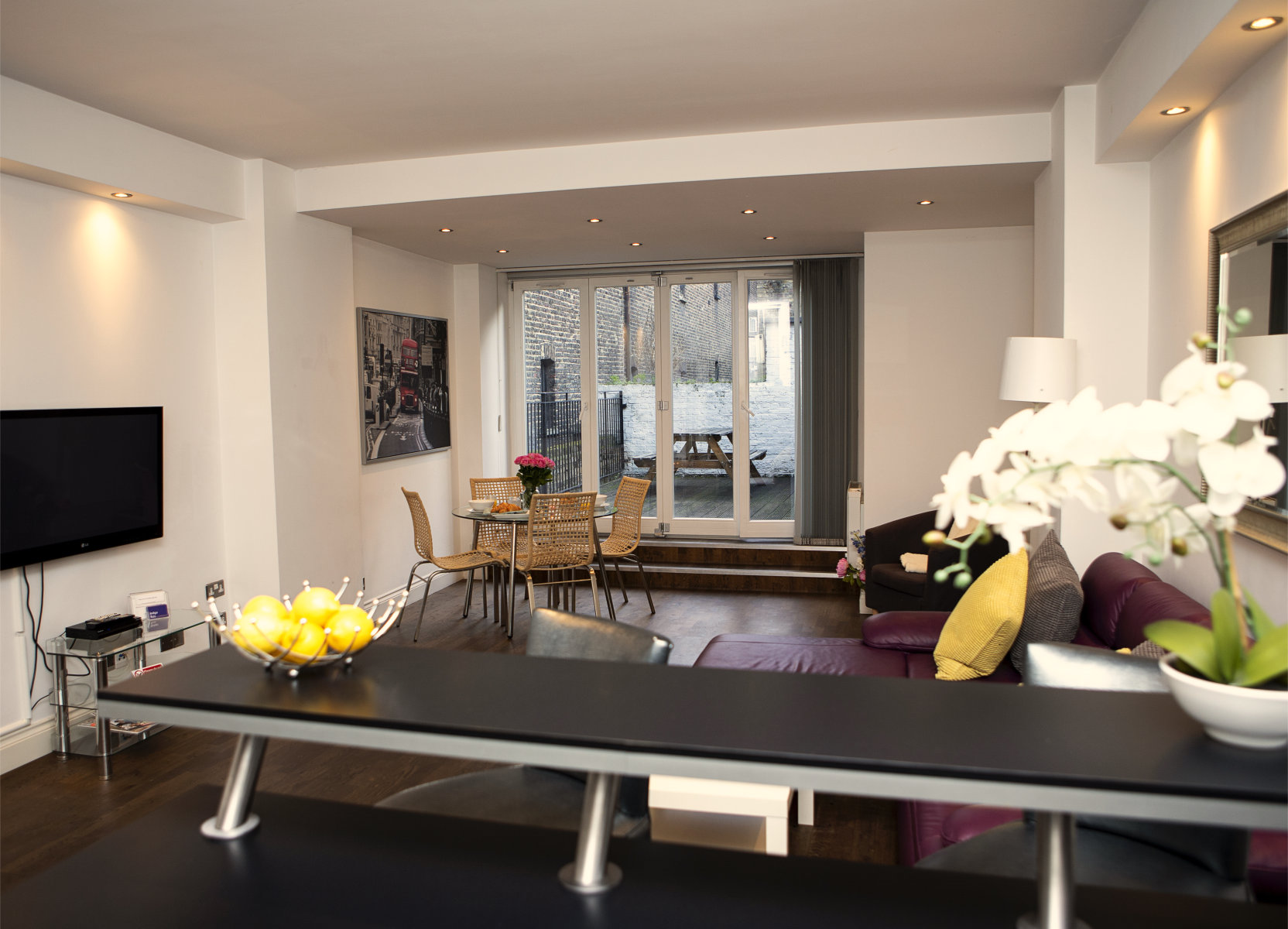 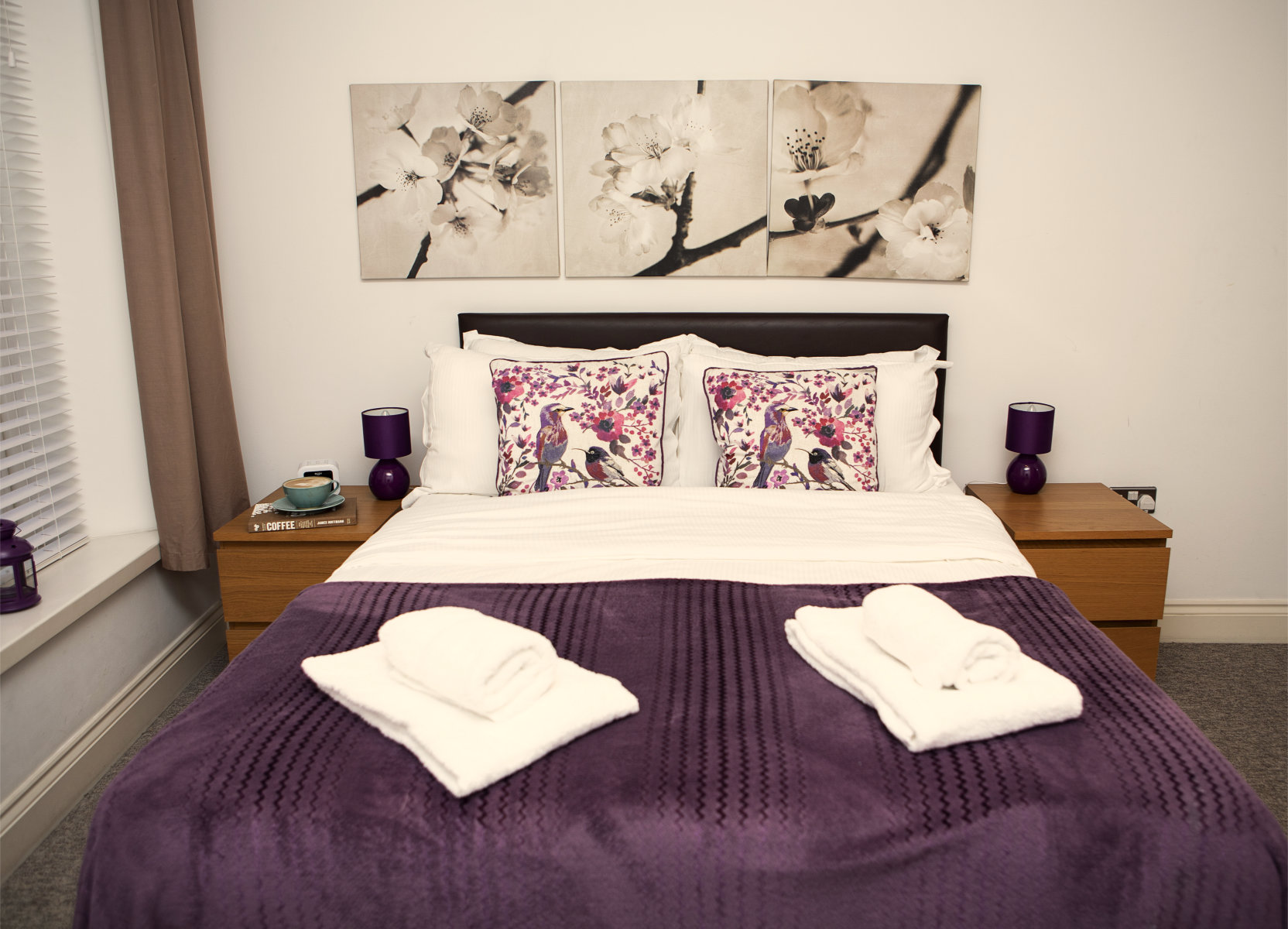 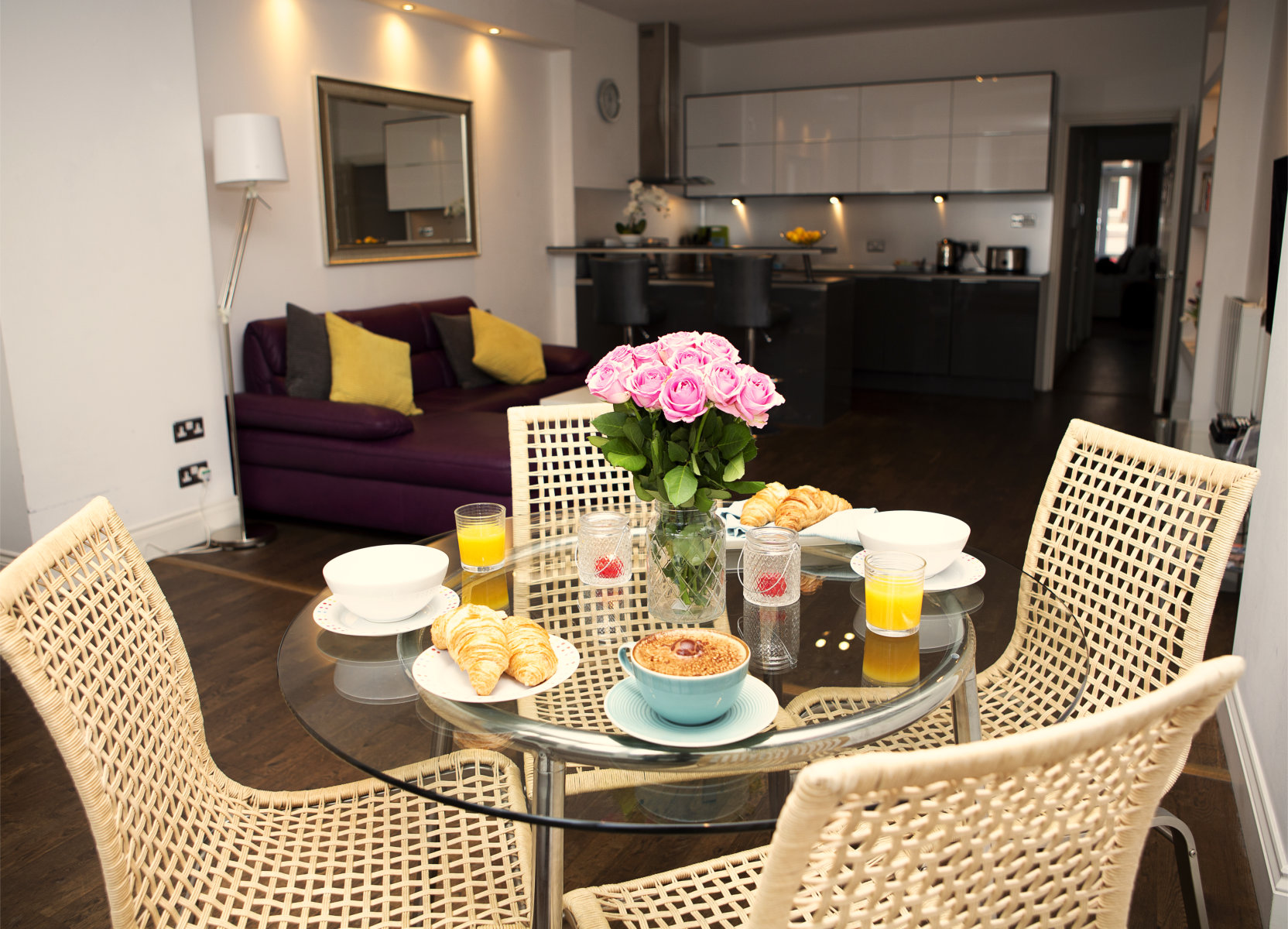 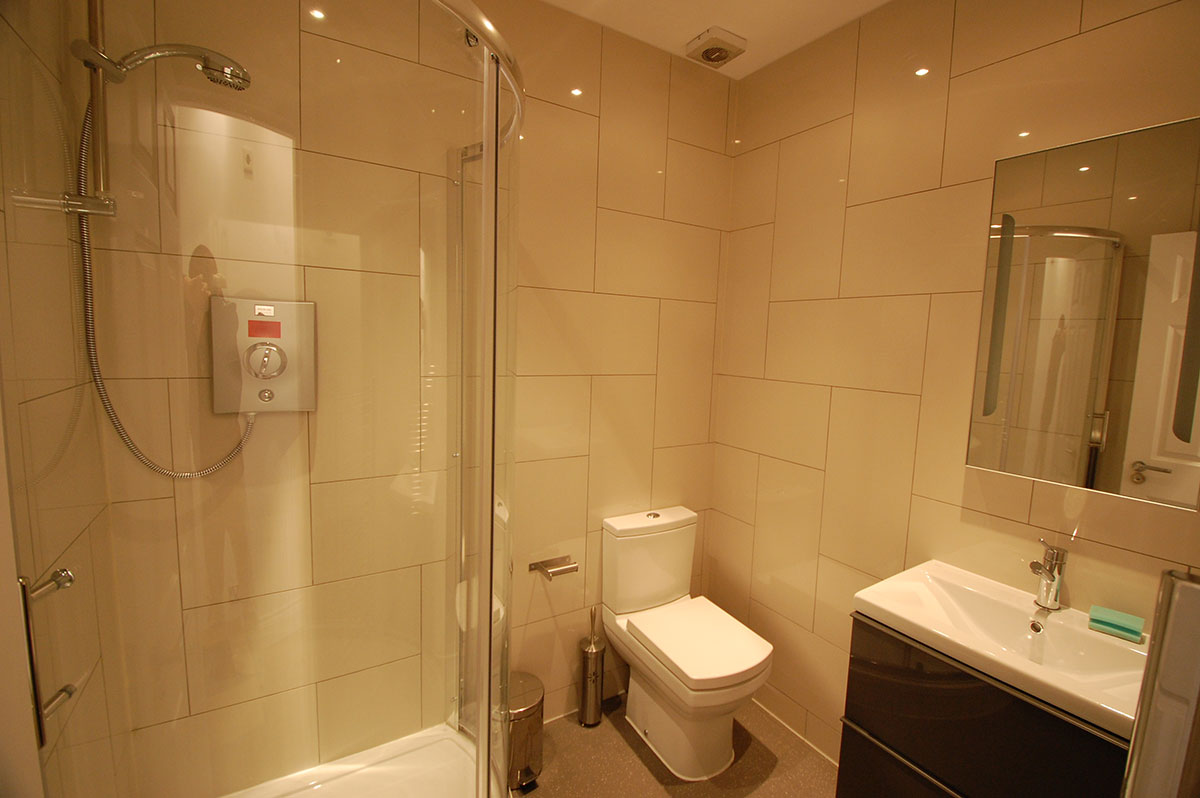 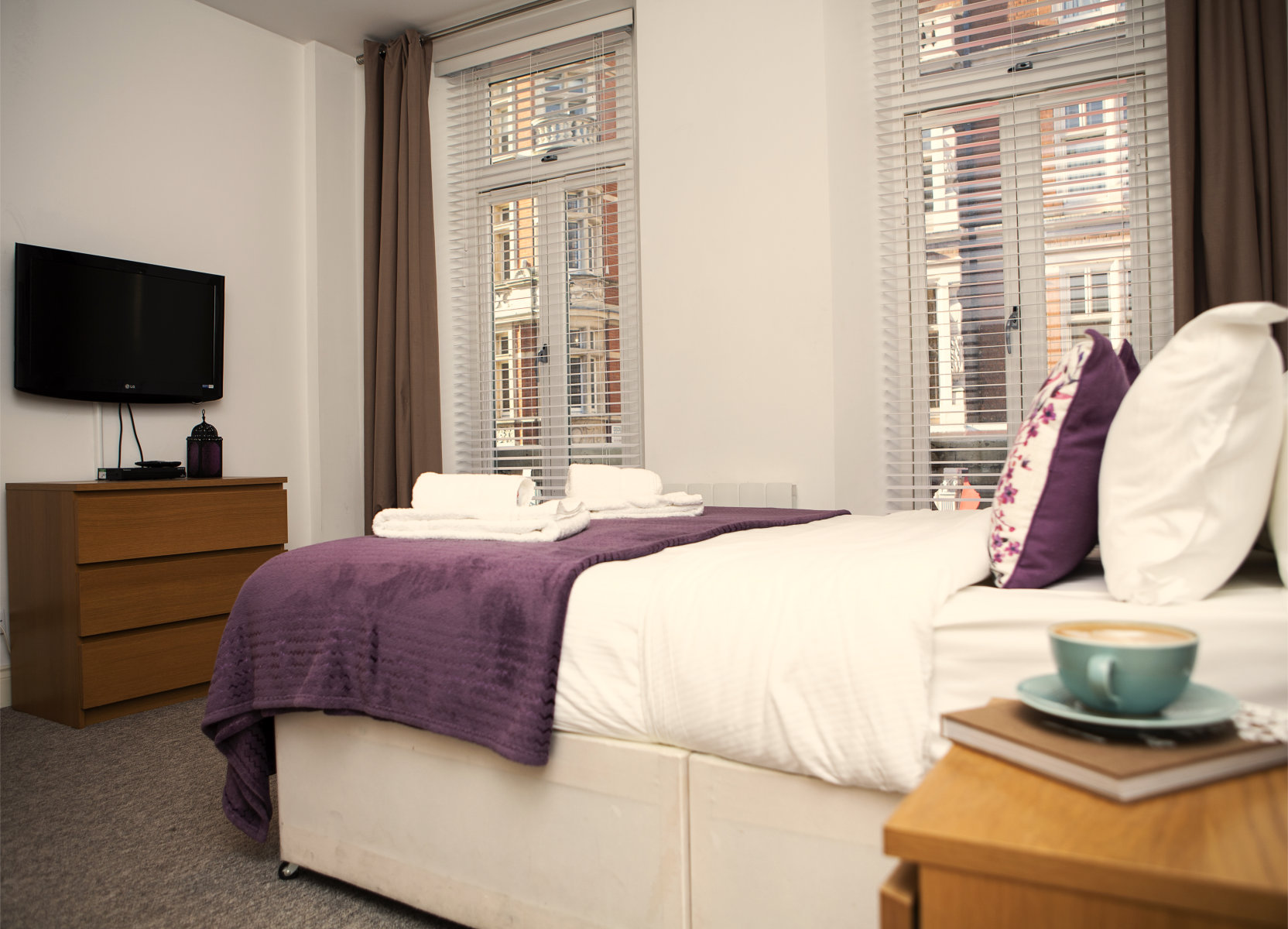 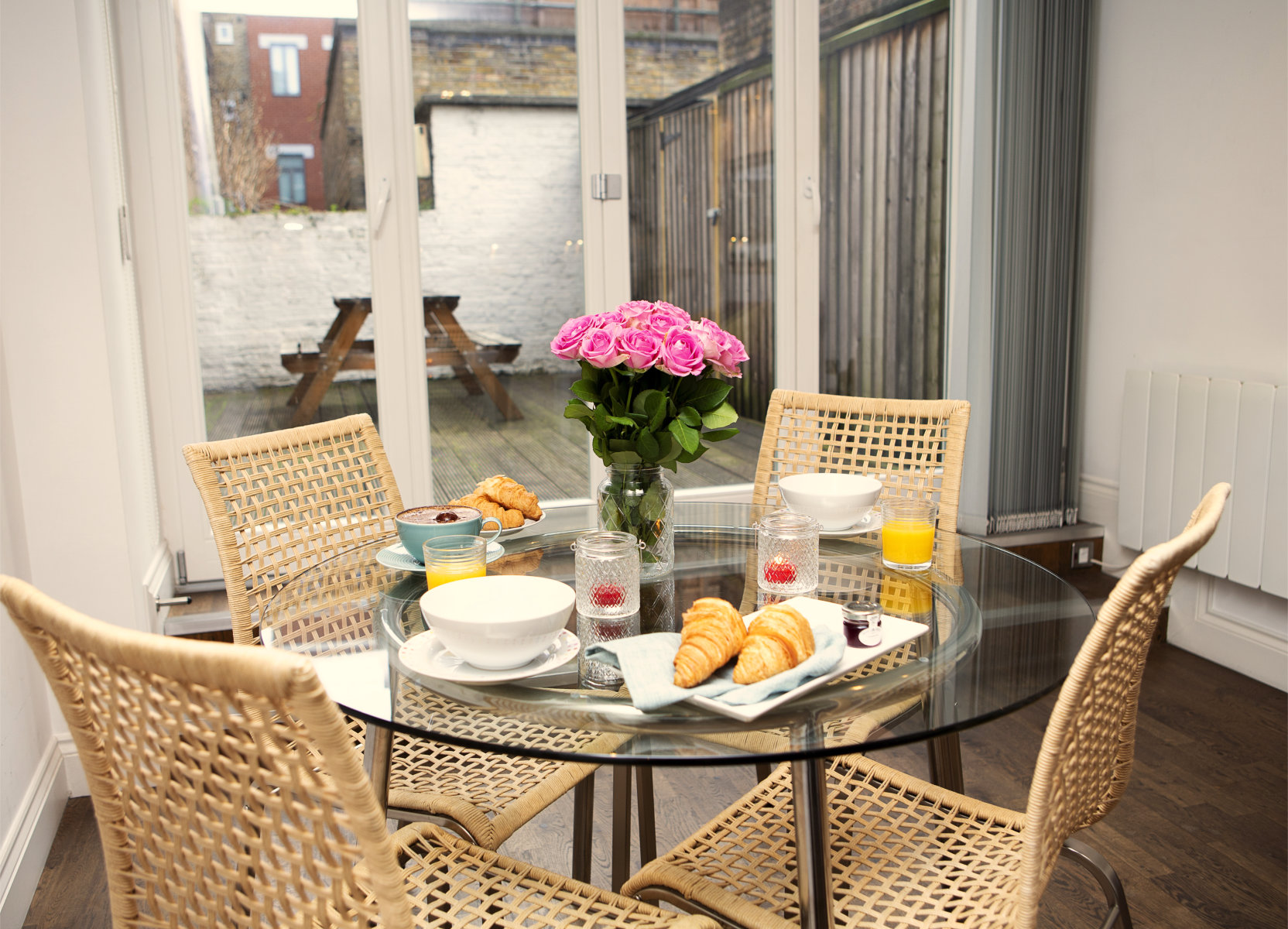